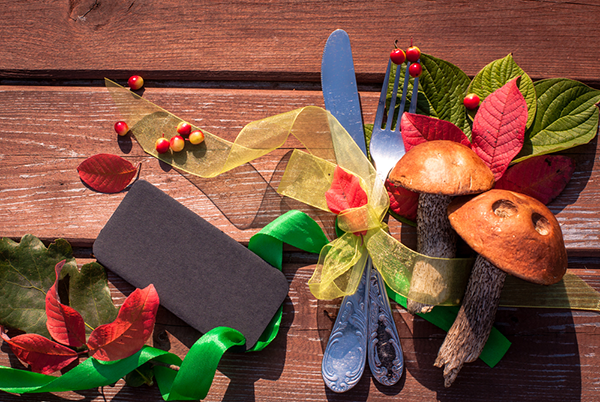 Friendsgiving defined: A ‘Thanksgiving meal shared with friends’…and the trend has taken off in recent years.

Thought to have gained its popularity among younger people, most notably college students spending the Thanksgiving holiday on campus, or away from their families, the day is now a celebration for people of all ages. A recent survey by SKOUT found that the appeal of Friendsgiving moves across demographic boundaries more steeply than first thought.

It’s not just college kids who find the idea of a relaxed, friend-focused version of Thanksgiving appealing. In fact, SKOUT’s survey found that only 11% of adults age 18-29 planned to spend Thanksgiving with friends in 2014, while 18% of adults aged between 30 and 39 opted to do so. 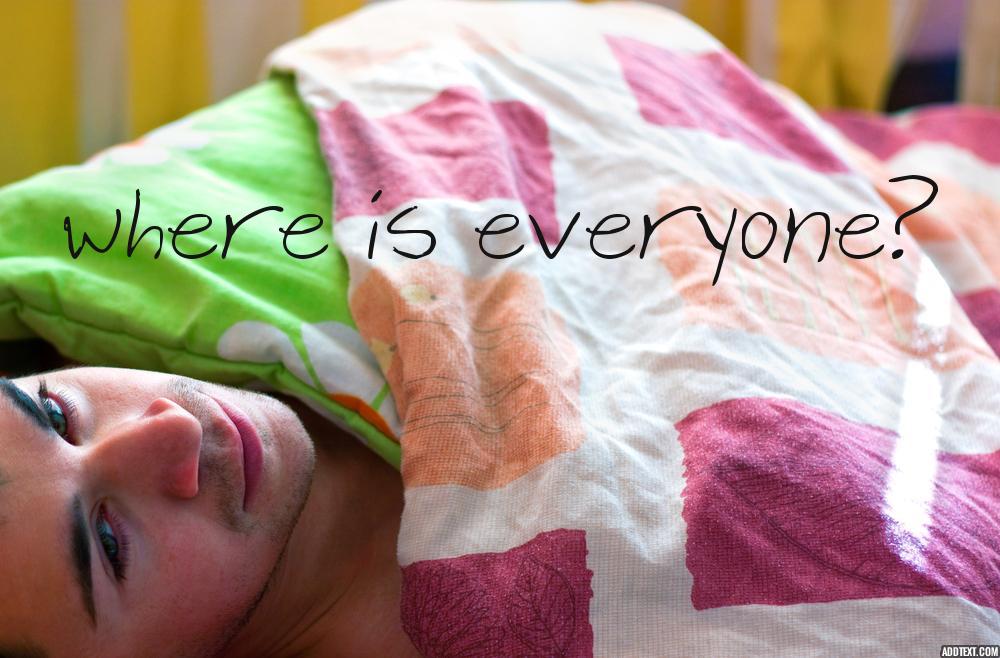 And why the heck not? The holidays can be a stressful time of year. What with all the high expectations, squabbling families and simply not enough time to pull off a killer, Martha Stewart-style banquet whilst also preparing for the chaos of Christmas.

When we take all of this into account, it’s no wonder some people are opting for an alternative holiday; one with all of the festivities, and less of the stress.

What Is Friendsgiving, Anyway?

While there doesn’t seem to be a solid explanation fr Friendsgiving defined, it could be loosely explained as a holiday that has all the fun and spirit of Thanksgiving, with less of the familial dramas and stresses that (some of us) associate with the holiday.

The word itself has come into being as a blend of ‘Thanksgiving’ and ‘friends’ – and the only documented ‘definition’ of the word comes from the online Urban Dictionary. 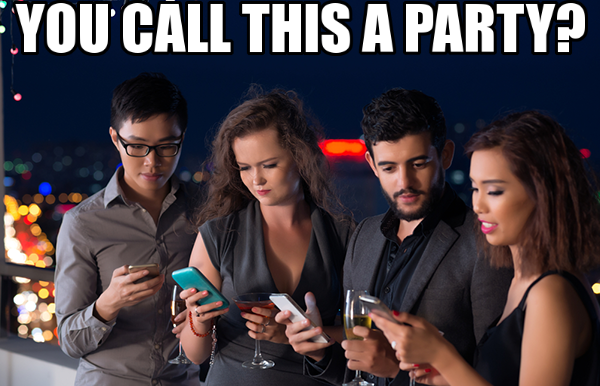 Suffice to say, Friendsgiving is difficult to define because it’s a holiday that is constantly being shaped by those who celebrate it. Urban Dictionary suggests that it is ‘The celebration of Thanksgiving dinner with your friends’, and states that the supposed date of this holiday usually falls on the first Wednesday before the Friday after Thanksgiving,  although this doesn’t seem to be a hard and fast rule. Some people opt to celebrate Friendsgiving in the place of Thanksgiving, while others simply pick the most suitable date where their friends can get together and take part in the celebration.

As well as being difficult to define, the exact origin of Friendsgiving is unknown. Many people believe it may be a phenomenon birthed from pop culture, with ties to the NBC sitcom ‘Friends’. Some of the most popular episodes and memorable moments (Joey getting his head stuck inside a turkey, for one), are focused around the gang celebrating Thanksgiving together.

There’s no family, no awkward conversations – just fun, friendship and laughter. It does seem plausible that Friendsgiving is a real-life enactment of these idealistic fictional events, although this is open to debate.

Differences Between Friendsgiving and Thanksgiving

On the face of it, the two holidays seem somewhat similar. At their core, we have a shared meal, the giving of thanks and the feeling of gratitude.

The difference lies in both the history and definition (or lack of one, as the case may be) of each holiday. While Thanksgiving is steeped in tradition and has a very specific meaning – Friendsgiving is classed as a more ‘general’ sort of celebration. It is an evolving concept, and is still being cemented as its own tradition by those who choose to celebrate it.

That being said, one common theme that seems to run through all variants of this new holiday is the giving of thanks and taking the time to appreciate the friends in your life. Some might call it a stripped-back, ‘pot-luck’ version of Thanksgiving, with less of the tradition and ceremony, and more focus on the core-values of friendship and community. 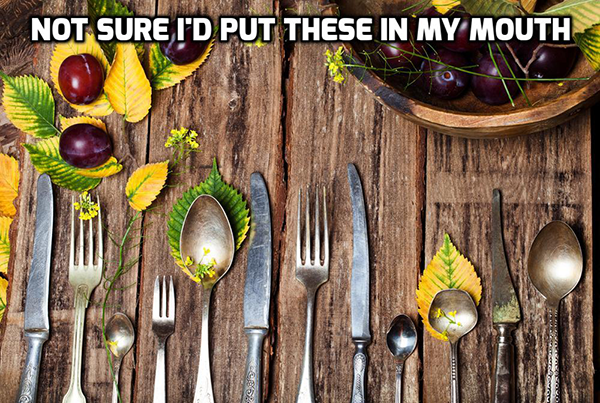 Due to the relaxed nature of the holiday, Friendsgiving celebrations tend to much more informal than their Thanksgiving counterparts, and the focus on friendship is thought to be an appealing alternative to sometimes ‘awkward’ family get-togethers. In fact, SKOUT’s survey revealed that a whopping 46% of people said that “awkward conversations” were the most likely thing to ruin Thanksgiving!

Friendsgiving defined is about the freedom to be ourselves. It’s about sharing a meal that means something, with the chosen few people in our lives who are important to us, outside the ties of family. 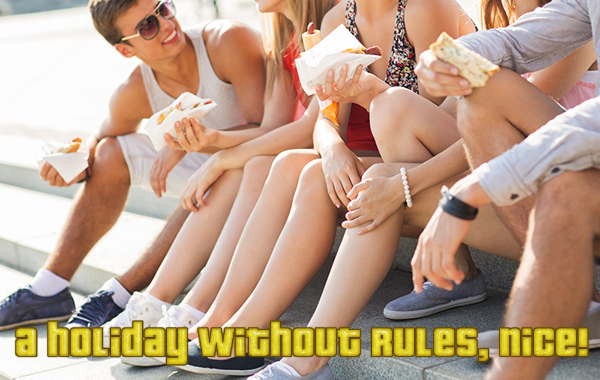 Due to its growing popularity, large brands and corporations have also latched on to the Friendsgiving phenomenon. As branding expert Nancy Friedman points out, the holiday has become robustly commercialized in recent years, but this is by no means a bad thing. If anything, it’s a strong social indicator that the holiday itself is worth taking notice of.

The mere existence of Friendsgiving provides us with a sneak peek into the millennial psyche. Yes, family still matters to us. No, we’d never change our families for the world (although sometimes we might wish we could). But – we also value our friendships, and time spent giving thanks with our peers is something our demographic clearly values highly enough to warrant its own holiday! 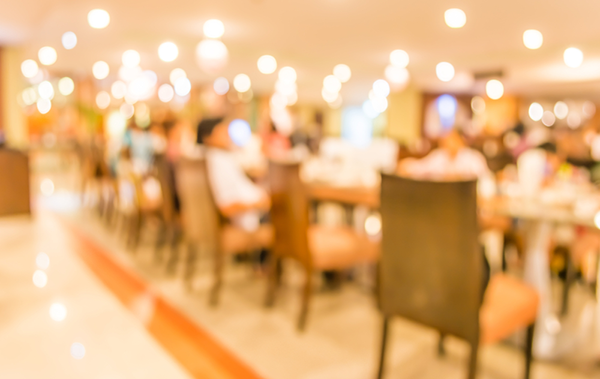 Your Friends are The Family You Choose

Instead of gathering your family up together to share a meal and give thanks, the focus of Friendsgiving is to give thanks with (and for) your friends. It doesn’t need to be rigorously defined in order for it to still carry meaning with us.

What’s important is the spirit of the holiday itself. Friendsgiving’s significance should not be overlooked just because the origins are unclear and the definition is a little shaky. If anything, it should be embraced as a chance to begin a new tradition.